28 Jun re:generation | A Story of Wandering and Surrender

Kurt Arens’ life is a story of the Lord’s redemptive power to change our hearts and teach us His ways.

He grew up knowing there was a God, but his faith was not fostered by his family as neither parent attended church. It was common for his dad to drop the kids off at Sunday school and wait for them at a nearby bar. Drinking and partying was regularly modeled as a way of life in their family, and Kurt adopted the same habits as he moved into his teen years. These behaviors set him on a course toward self-destruction, and over the years Kurt wandered from the Lord, relying on his own ways instead of trusting God.

During his teen years, Kurt’s mom suffered a nervous breakdown and increasingly bizarre behavior that led to her kicking him and his sister out of the house. Not long after, she was diagnosed with schizophrenia, and Kurt had to go before a judge to declare his mother mentally unstable—one of the hardest things he’s ever had to do. For the next 10 years, Kurt ran from his past and masked his pain by developing a life motto of “if it feels good, do it.” His life was marked by drugs, alcohol, and sexual relationships.

“For the next 10 years, Kurt ran from his past and masked his pain by developing a life motto of ‘if it feels good, do it.'”

During this time, he met his last wife of 21 years and decided it was time to get things in order. In 1988, he joined AA and quit drinking. He was determined to be a good father and raise his children in church. A few years later Kurt gave his life to Christ, actively became involved in church, and found himself in a healthier place than he’d ever been.

Kurt decided to start a company and invested heavily despite contrary advisement. Unable to cover expenses, he quickly realized that he would not be able to recover financially, and under the pressure and instead of looking to God, he turned to old friends—alcohol and drugs. After almost 11 years of sobriety, Kurt returned to his old ways. This led to a rehab stay where he was diagnosed with manic depression and borderline personality disorder. He had no control, no peace, and found himself in such a dark place that he contemplated if it was worth living. Kurt was broken, full of guilt and shame. He tried to rebuild his life and marriage, but relationships were strained with his wife and kids.

“. . . under the pressure and instead of looking to God, he turned to old friends—alcohol and drugs.”

All of this brought him to a place where he realized his pride was great, his character weak, and his relationship with God was far from where it needed to be. He started spending time with God through His word and in prayer. Despite his efforts, Kurt’s marriage ended in divorce. The reality of the separation rocked him to the core, but through the pain and hardship, he found peace through a relationship with God.

“Like all of us, Kurt’s story does not have a perfect ending on this side of eternity but rather he has learned to cling to the God who is perfect.”

Like all of us, Kurt’s story does not have a perfect ending on this side of eternity but rather he has learned to cling to the God who is perfect. His life has been full of trials, some out of his control and others brought on by his unwillingness to submit to God, but Kurt has learned that his brokenness is where God will do some of His best work. He sees now that everything is at God’s disposal and He will use whatever He needs to get our attention; true surrender requires heart change and action. 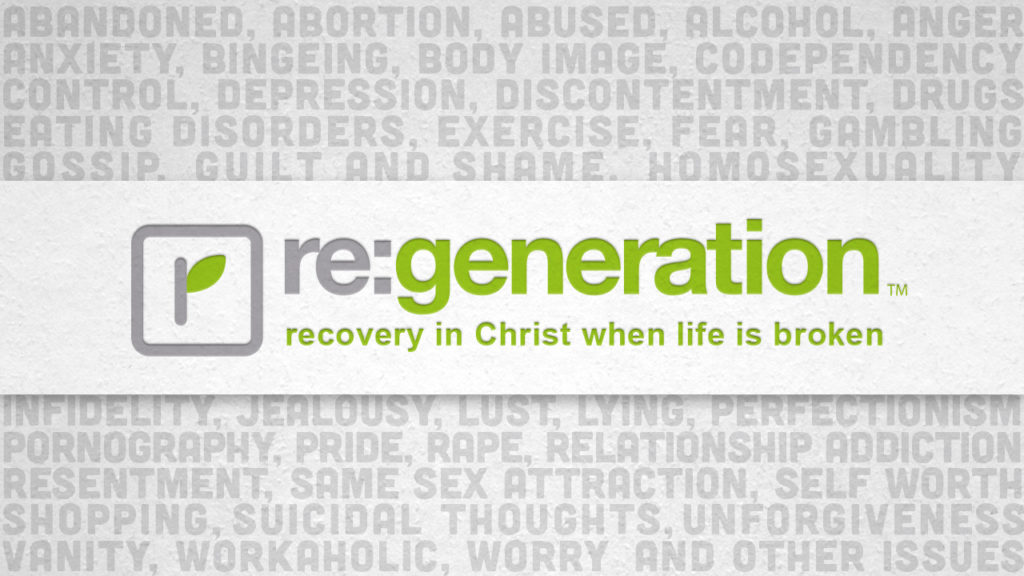 Re:gen is a biblically-based 12-step discipleship group for healing, recovery, and freedom from any type of struggle. Re:gen meets each Tuesday at the Pelham campus and is open to everyone. All who are tired, broken, or hurting are invited to come find recovery in Jesus Christ. You are welcome to join us any Tuesday night at our Pelham campus—it is always an open invitation. Click below to learn more and register.