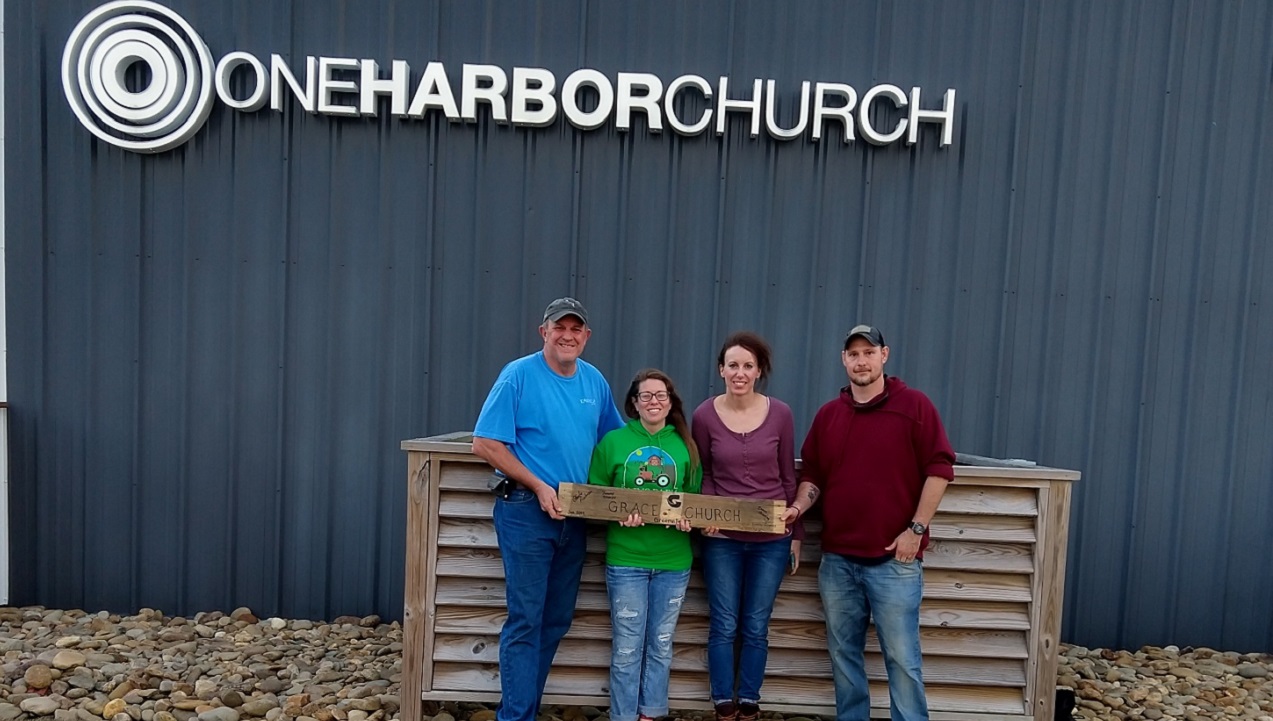 Posted at 04:30h in Culturally Engaged, Local by CE
Share

If I’m being honest, the morning of our departure greeted me with feelings of both excitement for what was in store for us but also a sense of uneasiness (and maybe even a little fear).

“I don’t know anything about construction—am I in over my head? We go to the same church, but I don’t even know the other members of the team. How is this all going to work out?”

Well, we had a six-and-a-half-hour car ride where I started to find the answers to some of my questions. As it turned out, each of us attended a different Grace campus, but that mattered little as we found that the common ties of faith and community united us. We reached Morehead City just before dusk with just enough light left to see many tarp-covered roofs—the telltale reminder of the fury that had only a few months earlier passed through the area.

We piled out of the car and headed into One Harbor Church, which we would call home for the next three days. Staff from Reach Global, which had partnered with One Harbor, greeted us and helped us to get settled in. Then it was time for a big group orientation (we were joined by groups from Alabama and Pennsylvania), where we learned a little more about the devastation experienced in this area of North Carolina, as well as the efforts of the local church and Reach Global to try to restore, rebuild, and unify the community.

“That mattered little as we found that the common ties of faith and community united us.”

The next morning, we split into several groups to head out to the individual work sites. It was a cold, breezy morning, and me being ever the wimp when it comes to being cold, had signed up for a house which was actually a little further along in its renovations; the main task was to install new cabinetry for the kitchen. Unfortunately, when we arrived we discovered that the homeowners were waiting to receive properly sized cabinets, as some of the cabinets originally ordered were not measured correctly. Despite this setback, we were able to accomplish some other “odd jobs” for the homeowners.

At the end of the workday, we gathered together along with Clint, one of the homeowners. He shared with us about what damage had occurred in the house and the challenges his family was facing in trying to get back into their home. He remarked that prior to the storm, he’d never really been someone who wanted or needed to ask others for help, and how the whole experience had been a humbling one. I was immediately struck by this because it could have just as easily been me. The realization of my own pride, self-sufficiency, and desire for control was suddenly front and center. I so often seek to direct and define my life and lay my plans, and standing in this house was a clear reminder that it can all be quickly carried away in a flood—physical or figurative.

“I so often seek to direct and define my life and lay my plans, and standing in this house was a clear reminder that it can all be quickly carried away in a flood—physical or figurative.”

Proverbs 3:5-6 tells us to “Trust in the Lord with all your heart and lean not on your own understanding; in all your ways acknowledge him, and he will make your paths straight” (NIV). This verse reminds me that throughout this life, there will be many whys and what-ifs, but God doesn’t need me to offer suggestions or question his plans. He simply wants me to lay aside my pride and lean into him during both the routine occurrences of life as well as the storms.

Over the next two days, members of our group worked on jobs such as repairing and replacing a roof and hanging and mudding drywall. While there is still much to be done in Morehead City and other places like it, this trip was a great reminder of what God wants to teach us about others and ourselves. Each member of the body of Christ has different skills, strengths, and purposes, and gifts like generosity, teaching, and ministry. I witnessed this firsthand from the other members of our Grace Church group. They truly embodied 1 Peter 4:10 (NIV), “Each of you should use whatever gift you have received to serve others, as faithful stewards of God’s grace in its various forms,” and I am truly grateful for the opportunity to have served alongside them.