I have spent the last four years studying and communicating the truths of God’s word for women pertaining to femininity, sexuality, and body and body image. And I have believed and taught that these truths transcend cultural differences.

But because I have never been out of the country to witness these things first hand, my beliefs have been theoretical at best. This past February, however, I had the opportunity to travel to Nicaragua to teach our Biblical Femininity study to a group of women at New Jerusalem Church in Managua.

Prior to leaving for Nicaragua I had to grapple with some of my own internal struggles. I wasn’t sure what to expect or how the women would receive the things I would share with them. I felt ill equipped to minister to these women because I did not know their language, their culture, or their challenges. And I wondered how a suburban, middle-class woman could even begin to relate or help women facing a very different, and often much more difficult, reality.

Nicaragua is a highly matriarchal society with women making up a large population of the work force, running the household and raising the children. Many churches are pastored and led by women. And yet, due to the machismo of Nicaraguan men, women are largely unappreciated, mistreated, and dominated by their husbands. Domestic violence is widespread in Nicaragua, where, by and large, women have no advocate to speak for or protect them. A woman’s value is in her ability to bear and raise children. A husband is often able to come and go and do as he pleases, but the same freedom is not extended to the wife. It is easy to see that man’s passivity – failure to take responsibility and lead – and a woman’s autonomy  – her desire to be in control – is deeply rooted in the Nicaraguan society.

Sexuality is also a huge area of brokenness in Nicaragua. Ninety percent of women have been sexually abused. Adultery is common (even accepted) among men there, many of whom maintain more than one family. And prostitution is the source of income for approximately six thousand women in Managua alone. Throughout the week I had conversations with a woman named Hellen who leads a ministry in Managua called New Image.  Hellen, a single woman in her twenties, helps rescue women from prostitution – providing them with skills, reuniting them with their families when possible, and helping them understand their worth as women created in the image of God, saved by the grace of God, and given new life in Christ. The sexual brokenness in Nicaragua is evident and the truths of God’s design for sex and sexuality and the hope of redemption from a life of sexual brokenness are a deep well for those who are thirsty for hope and healing. 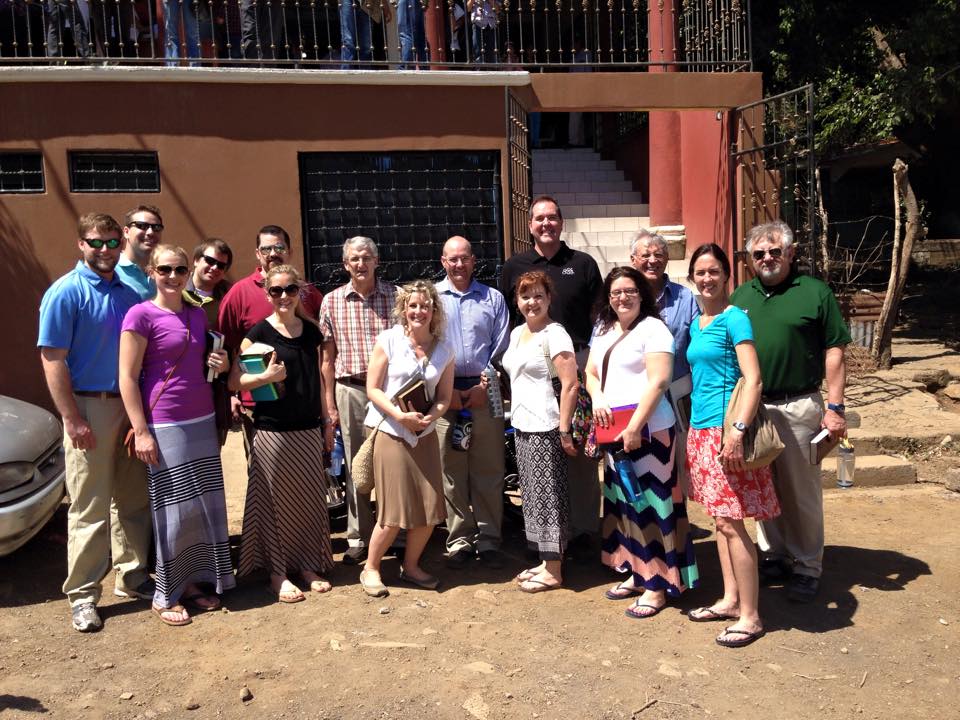 I was most surprised, perhaps, by a conversation I had early in the week with my translator, Sylvia, as we discussed the different studies we have in the Ezer ministry. When I began to share about our Body Matters study, I asked Sylvia if women in Nicaragua struggled with body and body image. Again, prior to traveling to Nicaragua, I believed this was an issue that transcended cultural lines – but for some reason it still surprised me when Sylvia began to talk about it. She told me that in Nicaragua the ideal body is curvy and voluptuous not thin or super fit like in America and it was easy to see as I walked the streets of Nicaragua that many young women show off their curvaceous bodies through revealing clothing. But Sylvia also talked about how she often felt insecure about her body and wanted to cover it up in order to avoid the catcalls and invasive stares from men as she walked through the streets.

Throughout my week in Nicaragua, I had many opportunities to witness how desperately we all need the truths of God’s word to minister to us in our brokenness and suffering and to convict and free us from our bondage to sin. Issues of identity, sexuality, and body infiltrate the lives of women everywhere. Satan does not discriminate; he desires to kill and destroy all of God’s good creation – especially those who bear and reflect the image of God. Likewise, sin does not discriminate; we all grapple with the temptations of our flesh and desires to have our own way. The brokenness of this world crosses all cultural, racial, socioeconomic, and gender lines. This is just as true in Nicaragua as it is in the Bible-belt of South Carolina.

The truth is that we are far more alike than we are different – whether we are a middle class, suburban mom in America or a prostitute on the streets in Nicaragua or a single mother in either country. My time in Nicaragua affirmed for me that when we reject who God created us to be and the distinctive ways God designed men and women to reflect his image we suffer, families suffer, and whole societies suffer. We all need the transcendent, timeless truths of God’s word to speak, to illuminate the darkness of our minds and hearts, and to lead us along the paths of righteousness.

Interested in learning more about what Grace Church is doing here in the city and around the world? Come join us March 23rd at 7:00pm at our Downtown Campus to hear about opportunities coming up this year to join one of our International trips to Kenya, Nicaragua, or Papua New Guinea, or learn more about some work here across the city.